The German top-flight league became the first European league to complete the 2019/20 season.

Sporting leagues and events around the globe were brought to an unexpected halt back in March due to the coronavirus pandemic.

Bundesliga was the first league to resume the football season back on 16 May and after putting together their nine rounds of matches in just over six weeks, the curtains closed on Saturday afternoon.

Champions Bayern showed no remorse as they trounced Wolfsburg 4-0.

Kingsley Coman, Mickael Cuisance, Robert Lewandowski, and Thomas Muller were on target as the Bavarians concluded the season in style.

For the fifth time, Robert Lewandowski is the Bundesliga's top scorer. 🏆🏆🏆🏆🏆 pic.twitter.com/rIW9j5qdCD 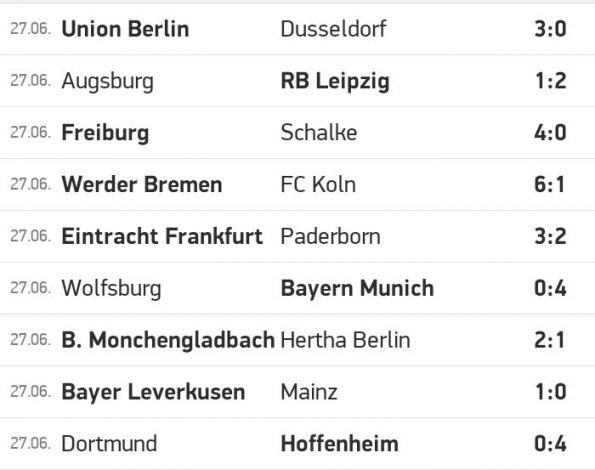