The Kenya National Bureau of Statistics (KNBS) said this will also include the measurement of inflation, upon which policy makers base their decisions.

The CPI will have a new basket of 330 items, compared to the previous basket of 234 items.

Obsolete items in the old basket have been dropped, while new and more relevant items have been included.

The weights in the rebased CPI have also been updated and the Expenditure Groups have been recalculated, based on the 2015/16 Kenya Integrated Household Budget Survey. 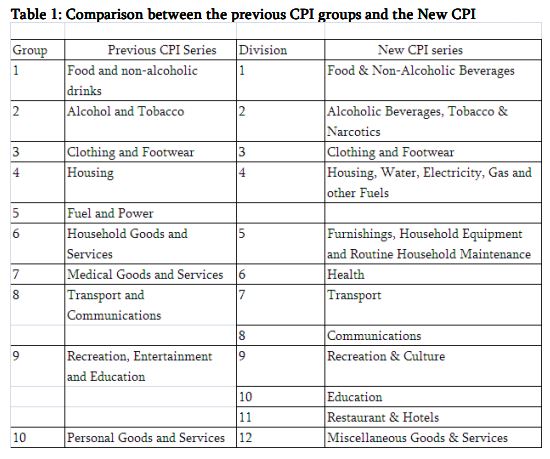 Uses of the CPI In Kenya

i). As the main estimator of the rate of inflation – The percentage change of the CPI over a one-year period is what is usually referred to as the rate of inflation.
ii). As a macroeconomic indicator – The CPI is used for general economic/social analysis and policy formulation particularly since it conveys important information about indirect tax revenue.
iii). As a tool in wage negotiation and indexation – CPI is used to adjust taxes and to determine, among other things, wage levels in the event of trade disputes, social security benefits, public service remuneration and pensions.
iv). As a deflator of expenditure – The prevailing CPI can be used to establish the real/constant value by deflating nominal values of goods and services.

The review of the PPI was to reflect changed production patterns and a new industrial structure.

These revisions have been guided by internationally accepted best practices as well as the Common Market for East and Southern Africa (COMESA) and the East African community Harmonized Consumer Price Index regulations.