Kenya has partnered with the World Bank for a KSh15 billion investment under the Kenya Off-Grid Solar Access Project to provide energy to 250,000 households and more than 800 public facilities in 14 counties.

The programme is part of the government’s broader target of attaining an additional 1.9 million solar-based connections through the Kenya National Electrification Strategy that was launched in 2018.

“To achieve our electrification programme through off-grid solutions, my administration recognises the importance of partnering with the private sector,” Uhuru said.

Uhuru made the announcement on Tuesday when he presided over the official opening of the 6th Global Off-Grid Solar Forum and Expo at a Nairobi hotel.

The biennial meeting which is organised by GOGLA, the global association for the off-grid solar energy industry, and the World Bank’s Lighting Global Program, seeks to accelerate the development of the global off-grid solar market as part of efforts towards the achievement of universal energy access target by 2030. 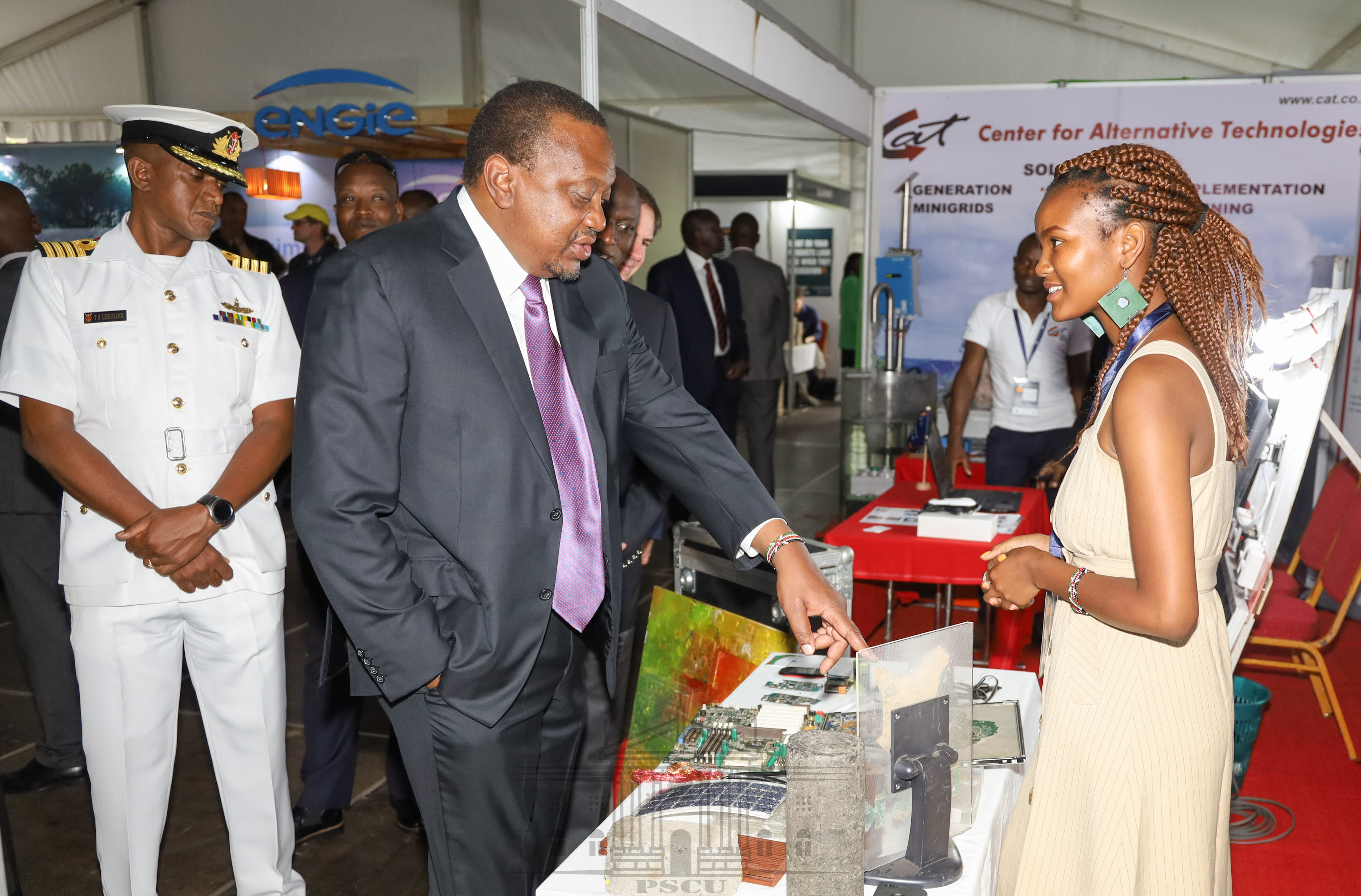 President Kenyatta assured of the government’s focus on providing an enabling environment for private sector investors to thrive in the provision of off-grid solar products and services.

“We have given import duty exemptions on a range of solar products to ensure both profitability for investors as well as affordability and high quality products on the part of consumers,” the President said.

He told the global audience that his administration is supporting numerous home-grown innovative solutions and products such as Pay-as-You-Use models and locally manufactured solar solutions fashioned to meet the needs of farmers and rural communities.

“Evidence is abound that to realise sustained social economic development, provision of sufficient and clean electricity is a critical enabler,” he said.

“We have achieved this feat on the basis of 6.2 million verified sales of solar products since 2009 and 14 million people accessing improved energy through off-grid solar solutions between the years 2016 and 2018.

“In 2019, we continued this upward trend, achieving 2 million sales of solar products. This tremendous growth in the uptake of off-grid solar solutions is an integral part of my administration’s strategy towards the realization of universal access to electricity,” the President said.

Felipe lauded Kenya for becoming a renewable energy leader and the fastest electrifying country in the world.

“The off-grid solar sector’s contribution has been absolutely formidable towards this achievement and Kenyan government’s collaboration with the private sector has been exemplary in delivering innovative technologies and business models that serve all Kenyans,” Felipe said.

The World Bank Country Director said he was pleased that the Kenyan government’s efforts to boost access to electricity have included those living in the most remote parts of the country.

Felipe disclosed that the World Bank is working with other governments across Africa and around the globe to replicate the success of the Kenyan experience.

Khusoko is a multimedia platform that delivers business news, and economic issues within the African markets with a focus on East Africa.

K-Shoe Initiates Talks With Strategic Investor to take Over

K-Shoe Initiates Talks With Strategic Investor to take Over

Safaricom to Waive Merchant Fees for Transactions Below KSh 1000