A common phrase on the lips of many Kenyans in the past year and as we begin a new decade is that “there is no money”. Note that the said lack refers to the slow rate of circulation of money in the economy or low liquidity.

This phrase is not subjective nor is it the personal experience of a given few, but collective anxiety on the overall state of the economy and how this impact lives now and in the future.

At times this happens when the population is unsure of the economic future, uncertain about their jobs or their once regular income, which has now become irregular and cannot be relied upon to support their needs. The upshot of this is that a tendency to hold on to the money occurs and spending decreases.

Another factor is the volume of trade.

The more we trade, the more transactions we make and, therefore, the circulation of money increases. But if the volume of trade is low, the transactions decrease, business networks shrink, and income streams dry up.

Small businesses especially would find it extremely difficult to survive in times such as these.

Looking at these two factors combined, we can see why a lot of us sing the “no money” chorus to greetings. In the past two years, many businesses have issued profit warnings, while others have downsized and restructured. This has translated to job losses and, consequently, loss of income and wages.

However, for industry, the biggest concern is that the conversation on pending bills does not include VAT refunds, yet manufacturing is a top employer for the country and one of the largest revenue sources for the government.

There is an approximate KSh100 billion in VAT refunds owed to businesses, manufacturers and exporters, that if paid back would have a huge multiplier effect in the economy.

The problem of low liquidity in the economy can be solved by applying some concrete steps urgently.

Firstly, there is a need for substantial monthly budgetary allocations, which are representative of the sector’s capital intensive nature, to clear monies owed to industry players in VAT refunds.

Secondly, the government could utilise financial instruments and promissory notes which could be discounted at commercial backs to ensure access to money.

Third, on the issue of delayed payment going forward, and to avoid always circling back to the state of low liquidity, we need to put into place prompt payment legislation that compels everyone, be it the government or private sector, to make payments within a maximum of 90 days.

In the same breath, the government should also enforce a post-facto audit clearance and blacklisting of non-compliant parties.

If we solve the liquidity problem, then it would not be all doom and gloom, and we will set the tone for a vibrant economy in the new decade. 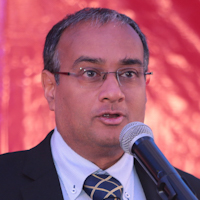 We will increase business productivity, boosting profitability and the capacity to offer employment.

The writer is chairman, Kenya Association of Manufacturers and vice-chair, Comesa Business Council.