The 9th edition of the prestigious Kalasha Awards, an annual Kenyan TV and movie awards,  was held at Safari Park Hotel where 2019 winners were honoured.

This edition co-hosted by the Kenya Film Commission and the digital Television Company, StarTimes received 959 entries in the 34 categories that were up for voting. This was the first-ever edition to give monetary gifts to the winners.

“We endeavor to take these awards to greater heights. We are glad that through these awards, we have encouraged our local TV stations to effect the 60% rule on local content as per government directive This resulted in the promotion of local talents and accrued benefits for different stakeholders.  We are encouraged by East Africa’s level of innovation and creativity. All we have to do is believe in ourselves as we compete at international arenas,” said KFC chief executive  Timothy Owase.

“As I join you here for the 2019 edition of the Kalasha Film and TV Awards, I am amazed by the glamour I see here tonight, obviously an improvement of last year. With much gratitude, I take this opportunity to recognise the organisers and the sponsors for supporting this event,” said ICT and Innovation Principal Secretary Jerome Ochieng. 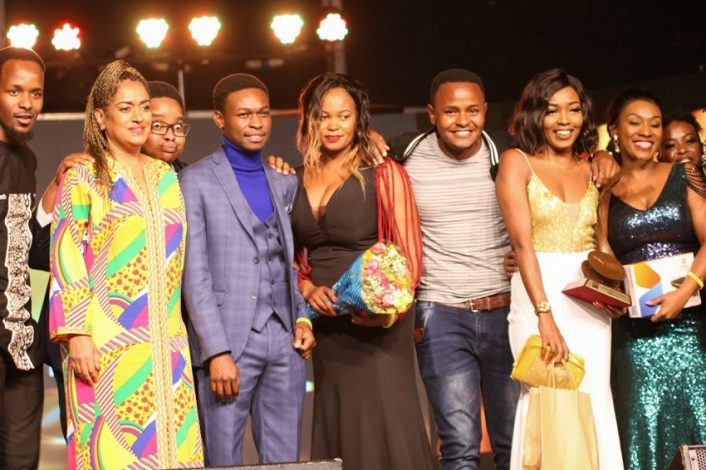 Ok, this is the last one from @kalashakenya #KalashaAwards2019 but this one I had to! And yes, nimepigwa picha na mayengs sana sana 🤣 But didn’t @nycewanjeri just look like the winner she was that night?! Congratulations again @dave._breezy 📸📸

Best Documentary by a Student: This Is Us (Shirazi) – Victoria Goro